If you’re in a committed relationship and don’t want kids, or if you simply want to keep your family size modest, you might want to know — what are the…

I bought HKEX: 3067 at about HKD14 almost two weeks ago. Right now, I am underwater but do feel free to undercut me. =p Obviously,…

Why Are Private Hospitals Essential For Singapore’s Healthcare System & How Much Do They Cost? 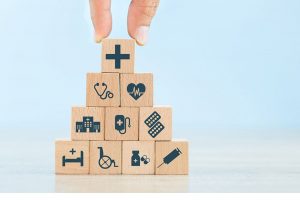 With the right private integrated shield plans, private hospital bills isn’t as expensive as what many Singaporeans may expect.

The post Why Are Private Hospitals Essential For Singapore’s Healthcare System & How Much Do They Cost? appeared first on DollarsAndSense.sg.

5 Simple Vital Ratios to Track on Your Financial Independence Journey

I listened to Sarah Newcomb’s interview on Morningstar’s The Long view last week and looked her up as she shared some very interesting things. Sarah …

Teaching in Singapore: Is It Better to Be an MOE Teacher or a Private Tuition Teacher?

On the face of it, MOE teachers seem to have it good. Decent pay AND long holidays? Sign us up! Yet everyone has that ex-teacher friend who quit to give…

The post Teaching in Singapore: Is It Better to Be an MOE Teacher or a Private Tuition Teacher? appeared first on MoneySmart.sg.

Make no mistake. The local bank is not facing any crisis. In fact, DBS Group is still raking in healthy level of profit. Year-to-date, DBS Group Holdings share price had also increased by a whopping 21.35%. Notwithstanding these, it should be noted that the powerful surge of DBS Group Holdings share price was built upon the bank’s recovery from the low “base effect” seen in the first half of FY2020 – the onset of the pandemic.

As we enter the second half of FY2021, that “base effect” will gradually reduce. Moving forward, investors will be examining how the bank fares in comparison to pre-pandemic. Against this backdrop, whether DBS Group Holdings share price could sustain its bullish run in the coming months will be a big question mark.…

5 things I learned from the 2021 Singapore Airlines AGM

COVID-19 has been a giant problem for airline businesses around the world, Singapore Airlines (SIA) notwithstanding. SIA, a national brand and arguably a representative of Singapore’s global image, recently held its AGM. I attended the meeting in the hopes of finding out more nuggets of useful information to evaluate recent performance. I was disappointed. I …

The post 5 things I learned from the 2021 Singapore Airlines AGM appeared first on The Fifth Person. 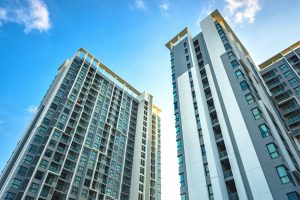 Monetizing your private property for retirement.

How Much Will It Cost To Buy And Own The Tesla Model 3 In Singapore? 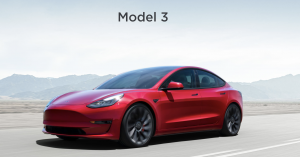 The post How Much Will It Cost To Buy And Own The Tesla Model 3 In Singapore? appeared first on DollarsAndSense.sg.

Why “Inflation is Transitory” is Dangerous Communication.

There is this ongoing debate whether the inflation we are seeing in various pockets is going to be transitory or not. The communication from the …

The post Why “Inflation is Transitory” is Dangerous Communication. appeared first on Investment Moats.