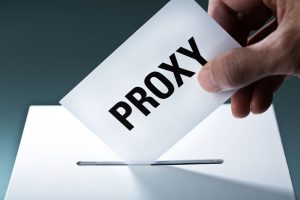 This article is contributed by SGX RegCo.

Mergers and acquisitions (“M&A”) are a feature of the corporate landscape. A common mechanism used to enable an M&A is the scheme of arrangement (“Scheme”). The Scheme is a flexible tool used to effect a compromise or arrangement between the company and its shareholders.

A Scheme has three stages under the statutory framework prescribed in the Companies Act (Chapter 50 of Singapore) (“Companies Act”).

In terms of the stipulated majority that must approve a Scheme proposal, the Companies Act provides that a majority in number of shareholders (“headcount test”) representing at least three-fourths in value (“value test”) of the shares held by shareholders present and voting either in person or by proxy must approve the proposal.

Schemes relating to trusts (such as REITs and business trusts), or trust schemes, also follow similar procedures, as set out in the Singapore Code on Take-overs and Mergers.

To enfranchise indirect investors and CPF members, the Companies (Amendment) Act 2014 introduced a multiple proxies regime which permitted custodian banks, nominee banks and the CPF Board (“Relevant Intermediaries”) to appoint more than two proxies to attend and vote at shareholders’ meeting. However, the multiple proxies regime is generally not applied to Scheme Meetings by practitioners, due to concerns on vote splitting to meet the headcount test. The Companies Act expressly provides that each member may only appoint one proxy to attend and vote at Scheme Meetings (“one proxy rule”), with discretion granted to the Court to deviate from the one proxy rule.

Accordingly, the votes of shareholders who hold their shares through the Relevant Intermediaries may not be fully represented at Scheme Meetings.

Recent Development Where Proxy Votes May Be Better Represented

Subsequent Scheme Meetings have also adopted similar voting arrangements. This has led to an outcome that more fully represents shareholders’ votes, including shareholders who hold their shares through Relevant Intermediaries.

This article is contributed by SGX RegCo and is part of their Regulator’s Column.

The post What Issuers And Shareholders Should Be Aware Of In Respect Of Proxy Votes For Scheme Of Arrangement Meetings appeared first on DollarsAndSense.sg.