Is The Gender Pay Gap Real In Singapore? 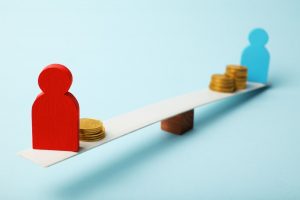 When it comes to salary comparisons, the gender pay gap or the income inequality between men and women has been a contentious issue.

According to the Labour Force in Singapore 2020 report, the median gross monthly income from work (excluding employer CPF) in Singapore is $4000 for full-time employed residents, $3,792 for females and $4,144 for males. These figures seem to suggest that there is a gender pay gap in Singapore. Numbers don’t lie or do they?

Before the feminist supporters and detractors raise their pitchforks, let us dive deeper into MOM’s labour report and examine the statistics in detail.

Note: The term “gross monthly income from work (excluding employer CPF)” will be used interchangeably with the term “salary” as this is the income that we commonly understand as salary (including employee CPF).

Read Also: Are You Earning As Much As Your Peers: How Much Is The Average Salary In Singapore For Every Age Group?

Average Salary For Females Is Actually Higher Before 30 Years Old

Between 15 to 19 years old is the age group with the largest difference with females earning 56% more than males, however, this figure is likely due to males having to serve mandatory national service (whose income is not captured in the dataset).

Between 20 to 24 years old which is the age when most fresh graduates enter the workforce, females actually earn 14% more than males.  This pay advantage continues the next age group of 25 to 29 years old, where females earn slightly more (4%) than males.

However, after the age of 30, the pay advantage favours males, peaking at 26% higher during the age of 45 to 49 years old.

Read Also: Not Just About The Average Salary Or The Working Hours: Why You Should Care About The Salary Per Hour You Work

A possible reason for the difference is due to the labour force participation or the proportion of people who are working or looking for work.

However, before age 35, the labour force participation for both genders are not that dissimilar, not exceeding 10%. In fact, between the ages of 25 to 29 years old which is the typical age range for fresh graduates to join the workforce or be in the early years of their careers, 4% more females are actually working or looking for work.

This coincides with the peak childbearing / childcaring ages for females in Singapore. According to SingStat, the highest fertility rates are for females aged 30 to 34 years old. 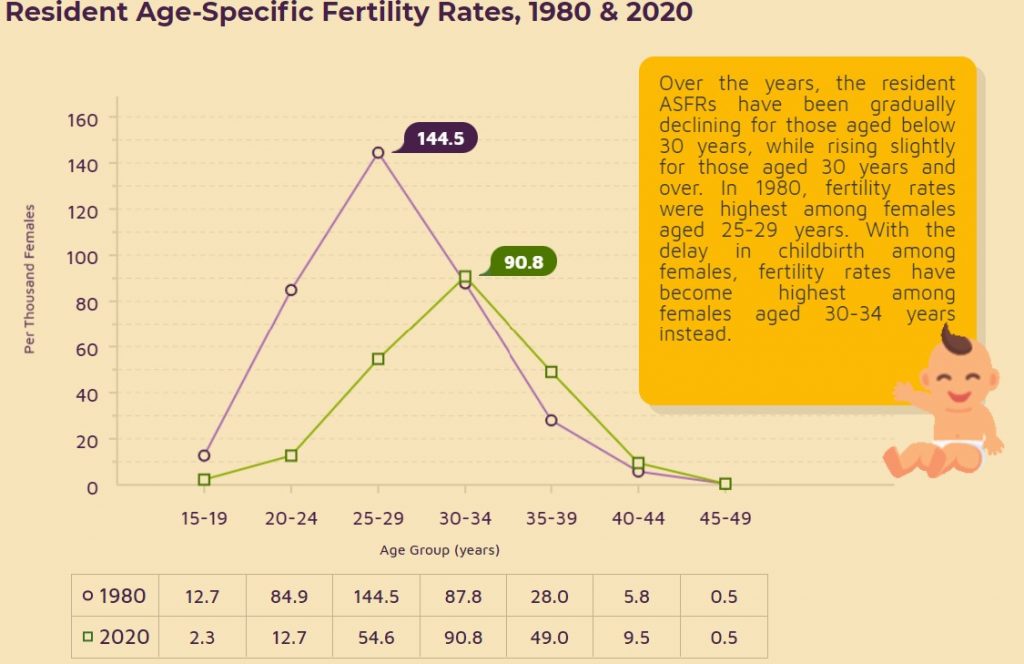 This suggests that the difference in labour force participation (and salary) is due to family planning and motherhood.

Read Also: What Is The Average Salary In Singapore And The Flat Sizes You Can Afford In The Different Estates In Singapore

One major reason for salary differences is because of qualifications. People tend to be paid better with better highest qualifications attained.

Males tend to earn more than females regardless of their highest qualifications attained. However, this difference widens significantly for those with degree and below secondary qualifications at 35% and 32% more, respectively.

Unfortunately for females, getting a degree is no assurance of a higher salary (especially compared to their male peers).

According to Singapore’s Adjusted Gender Pay Gap Report, occupation segregation by gender is a major factor for the gender pay gap. This refers to the tendency of men and women to work in different occupations. Males are more likely to be working in higher-paying occupations while females tended to be in lower-paying occupations.

Males are more likely to be working as doctors, software developers and CEOs.

Females are more likely to be working in occupations that don’t pay as well, such as teachers, clerks, admin staff and managers, social service managers.

Read Also: Average Salary Guide In Singapore: What You Need To Know Before Comparing Your Salary To Others

Preferences Matter When It Comes To Work And Income

The adjusted gender pay gap has narrowed from 8.8% in 2002 to 6.0% in 2018, according to Singapore’s Adjusted Gender Pay Gap Report. While the data in the report is 2 years older compared to the rest of Labour Force in Singapore 2020 data used in this article, the factors (i.e. occupational segregation) observed in the report are likely to be still in force today.

It is likely that many women do take a step back in their careers as they approach motherhood. This could affect their salary by either reducing their working hours or choosing a lower-paying position that gives more flexibility.

However, the tendency for women to end up working occupations that pay less well is an area that is worth paying attention to. People-oriented occupations such as HR, teaching and healthcare tend to employ more women. Whether this is by personal choice or because society has shaped these occupations to be gendered as more female-centric can be up to debate.

Regardless, it does appear gender does affect pay, and these differences increase with age and at the highest and lowest tier of educational attainment.

For women at the stage of choosing their studies and future careers, it may be worth considering whether your career choice is affected by societal perceptions of gender. After all, you should choose a career that suits your individual preferences and not because of the salary or the societal norms around you.

Read Also: Why Comparing Your Salary To The Average Salary In Singapore Is Similar To Parents Comparing Their Children’s Grades

The post Is The Gender Pay Gap Real In Singapore? appeared first on DollarsAndSense.sg.