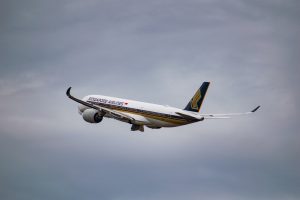 On 9 October 2021, Prime Minister Lee Hsien Loong addressed the nation to reiterate the message that Singapore must open its economy to remain competitive in the global world. This applies both domestically and internationally.

As part of its plan to reopen the borders, Singapore has introduced eight more Vaccinated Travel Lanes (VTLs), allowing vaccinated people from these countries to enter Singapore without having to serve quarantine. These countries include the U.S, Canada, Denmark, France, Italy, the Netherlands, Spain and the UK. Moving forward, we can also expect more countries to be added to this list as long as Singapore’s healthcare system can cope with the spread of the virus.

Vaccinated Travel Lanes are essential for international travellers as they allow travellers to come into Singapore without serving quarantine. This reduces a major deterrent of travelling during the pandemic as serving quarantine is not only inconvenient but can also result in additional costs. With these VTLs, both business and leisure travellers from these countries can enter Singapore more easily.

In this week’s edition of 4 Stocks This Week, we take a look at 4 stocks that are potential winners as VTLs are introduced.

Another reason to be positive for SIA is that performance for 1Q FY2021/2022 (1 April to 30 June 2021) has been significantly better compared to the same period last year. Revenue went up about 52% to $1.29 billion for the quarter, while losses were at $409 million, which is better than the $1.12 billion loss suffered in the same period last year.

As borders reopen and international travel resumes, SIA share prices should go up. In fact, upon news of the VTL, the SIA website faced technical difficulties due to the high volume of people wanting to check out flights on SIA. Given the pent-up demand for travelling among Singaporeans, one can expect travel demand to increase as soon as the government deems it safe to travel.

SIA and SATS (SGX: S58) are two companies that are always tied together. While SIA transports people overseas, SATS provides the food and beverages we consume when we go on these flights. SATS also provides gateway services for the airport.

SIA Engineering (SGX: S59) provides Maintenance, Repair and Operations (MRO) support to both SIA and third-party airlines, among other aerospace engineering solutions. At Singapore Changi Airport, the company provides line maintenance services to more than 50 airlines passing through Singapore. With lesser air travel, SIA Engineering naturally has less work to do, leading to a fall in revenue and profit.

The good news is that for 1QFY2021/2022, SIA Engineering saw a revenue of $125.3 million. More importantly, group’s net profit increased to $14.5 million inclusive of government support. Without this support, the group would have recorded a loss of $24.1 million.

Unlike the other three companies, Genting Singapore (SGX: G13) is not involved in air travel. However, as a company reliant on tourism, its Resort World Sentosa destination resort has been impacted by the absence of overseas tourists.

For the Financial Year ending December 2020, Genting Singapore’s revenue was down about 57% to $1.06 billion, net profit for the year was at $69 million, compared to $688 million the year before.

For 1H2021, things are looking much more positive thus far. While revenue for the group is at $554 million, net profit for the period was at $88 million, compared to the loss of $116 million during the same period last year. One can expect that with the VTLs, more international travellers will come into Singapore and may use Genting Singapore hotels and restaurants. Also, if the local economy opens up, we can expect Genting Singapore to also be a good option for locals who are not intending to travel out of Singapore yet.

Read Also: How The Stocks Within The STI Have Changed Since 1998