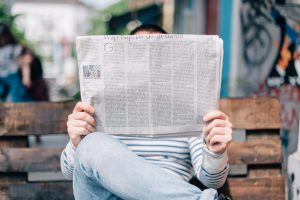 This offer will not come as a surprise to anyone. Given that SPH was already looking to hive off its loss-making media business, this meant that the company would be left with just its property, student accommodation and aged care business. And a large part of its property business was also via its majority ownership of SPH REIT, which is listed on the SGX as well.

For anyone who has some shares in SPH currently, here are 5 things you should know.

#1 For existing SPH retail shareholders, this is as solid an outcome as they could realistically hope for

The last 5 years have been uninspiring for SPH as a stock. It used to trade at around the $4 level five years ago and it has seen its share price dipped below $2 since the start of the COVID-19 pandemic in 2020. In fact, on 30 October 2020, the SPH share price closed at $0.99.

Even when optimism started returning as Singapore moved towards recovery in the early part of 2021 and SPH’s share price hit $1.98 on 16 April 2021, the bounce-back was short-lived. After the announcement of SPH’s proposed plan to hive off its media business was made on 6 May 2021, share price tumble again to $1.52 on 7 May 2021. Clearly, investors weren’t impressed with the plans.

At an offer of $2.099 per share, the Keppel Corp offer is an attractive one and comes at a premium of about 11% compared to the last trading price of $1.88 on 30 July 2021. It’s also at a level that SPH itself has not been trading at since the pandemic started.

In our opinion, this represents a solid exit for retail investors who have endured a poor last 1.5 years as the group struggles to cope with the impact that the pandemic has caused to both its media and property business.

The offer to existing SPH shareholders is in the form of cash, SPH REIT and Keppel REIT.

SPH will transfer 45% of its SPH REIT shares (worth $1.157 billion) via distribution in-specie to its existing SPH shareholders.

SPH itself will retain 20% of its SPH REIT share. This will, of course, be owned under Keppel Corp since SPH will be a wholly-owned subsidiary of Keppel Corp moving forward.

In terms of timeline, the privatisation offer will be contingent on the successful completion of SPH media restructuring plan. This means that Keppel will not be acquiring any of the media assets (e.g. the newspapers, radio stations) that SPH currently owns. Rather, what it will acquire are the non-media assets that SPH has such as its property, student accommodation business in the UK and its aged care portfolio.

In case you don’t already know, SPH will transfer its media assets to a not-for-profit entity along with an injection of cash, shares and assets. This transfer of media assets will still need to be voted for (or against) during an EGM, which is expected to be convened in August or September 2021.

According to the SPH press release, it is expected that the privatisation by Keppel will be concluded soon after the completion of the media restructuring.

#4 SPH will cease to exist as a listed company

With its media business transferred to a not-for-profit entity, and its remaining business acquired by Keppel through this privatisation offer, SPH will cease to exist as a listed company.

Of course, if for any reason you are still keen on SPH’s non-media business (properties, student accommodation and aged care portfolio), you still gain exposure to these assets by investing in SPH REIT, which is still a listed company, and/or Keppel Corp.

#5 With this acquisition, Keppel Corp will own 20% of SPH REIT and 20% of Keppel REIT

Read Also: SPH Restructures Its Media Business: What Does This Mean For Shareholders And Potential Investors?