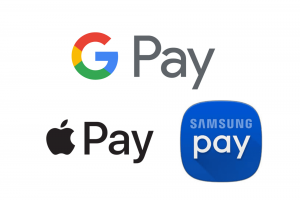 This article was originally published on 5 October 2020 and updated to reflect new information.

Tapping your mobile phone, instead of fishing out your EzLink Card is now a common sight at the MRT gantry. As Singapore moves towards being a “Smart Nation”, the local mobile payment scene has grown in popularity over the past few years. Contactless payments, such as Google Pay, have also seen a boom in usage due to hygiene measures implemented for COVID-19.

Mobile payment apps link up your credit card for contactless payment. This allows you to use your mobile phone as a credit card, enabling you to pay for purchases via Visa PayWave or MasterCard PayPass, and board trains and buses via SimplyGo.

With the launch of Google Pay Singapore’s new user experience, here are 5 compelling reasons why you should consider using Google Pay, even if you are already using Apple Pay or Samsung Pay.

#1 Integration of DBS PayLah! and PayNow With QR Code and UEN Support

The two most widely used cashless payment platforms in Singapore, PayLah! and PayNow, are now integrated into Google Pay. This is a step up from Samsung Pay and Apple Pay, where users still have to use a separate app.

Along with merchant UEN and QR code support, you can now make PayNow and PayLah! transfers without opening a new app. Not only does this reduce the number of apps you have, the improved functionality means that you can easily move from credit card payment to bank transfers within the same app.

Read Also: Life Hacks: 5 Apps All Deal-Seeking Singaporeans Should Already Have On Their Phones

The inclusion of in-app purchases allows Google Pay to be the one-stop app for mobile purchases, reducing the need to switch between different store apps. Even though Apple Pay can be conveniently used in many food ordering apps, they will still require you to install the apps that only serve one function – make purchases from a single store.

Some supported merchants include KFC, Starbucks, Burger King or the Golden Village.

Read Also: Saving & Spending: Here’s How Food Delivery Services Make You Spend More (While Making You Think You Save More)

#3 Native Support For Splitting of Bills

When it comes to bill splitting, it can get messy at times. First, you have to divide the amount, followed by different payment methods such as PayLah, PayNow or even bank transfers.

To skip all that hassle, Google Pay’s “Split a Bill” feature not only calculates the amount payable per person but also automatically send reminders on your behalf. The latter can be especially useful if you have friends who have the tendency to “forget paying” after a meal. The best part: you no longer have to feel shy about chasing for bills since it is system-generated.

#4 Send Money As A Chat Message to Anyone, Including Non-Google Pay Users

Apart from sending messages to other Apple users for free, U.S users of iPhones are able to send money to other iOS users through the Messages app. While Apple Pay users in the U.S. are privileged to have this feature included, Singapore is not entitled to this feature yet. Fortunately, Google Pay is now giving Singaporeans a chance.

Unlike Apple which only allows users to send money as a message within its own ecosystem, it is now possible to send funds to non-users of Google Pay, including your friends and family holding on to their iPhones or vice versa. It is now not an excuse for your friends to be unable to send money due to “compatibility issues”.

Additionally, through the PayNow integration with Google Pay, Singapore users can send and receive payments (of up to S$1,000 or THB25,000) to selected PromptPay users in Thailand.

Read Also: What Is PayNow And 4 Reasons To Register For It If You Have Not Done So

The post 5 Reasons Why You Should Consider Using Google Pay (Even if You Are Already Using Samsung Pay And Apple Pay) appeared first on DollarsAndSense.sg.