5 Things To Understand About Don Agro (SGX: GRQ), The First Russian Company To Be Listed On SGX 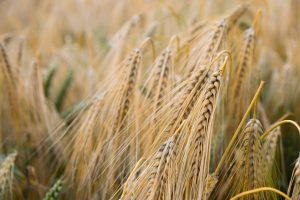 Listed on the SGX Catalist on 14 February 2020, Don Agro (SGX: GRQ) is the first Russian company to be listed on SGX. Don Agro is one of the largest agricultural companies Rostov region in Russia and is primarily involved in the cultivation of agricultural crops such as winter wheat, sunflower and corn as well as milk production.

In spite of the 2020 COVID-19 pandemic, Don Agro was able to post a 66.5% increase in net profit to S$8.7 million for FY2020. Do note however that this was supported by a 41.5% year-on-year increase in gain from the change in fair value of biological assets and agriculture products to S$9.2 million for FY2020 (Editor’s Note: this means the value of the biological assets and agriculture products that the company owns increased in value over the past year)

In this article, we take a look at Don Agro and bring to you some interesting insights shared by their management.

#1 For someone who is new to your company, can you explain what Don Agro does?

As one of the largest agricultural companies in the Rostov region of Russia, Don Agro is principally engaged in the cultivation of agricultural crops and the production of raw milk. Our Group has a total controlled land bank of approximately 63,240 hectares, of which 51,200 hectares are arable land.

Under the crop production segment, Don Agro focuses on the farming and sale of commercial crops including winter wheat, sunflower and corn. Under the livestock segment, the Group engages in the breeding of dairy cows for the production of milk and the sale of livestock. The Group is also the top farm in terms of milk production in the Rostov region.

Revenue for FY2020 declined 12.5% yoy to S$31.0 million. This was mainly attributable to a relative decline in the sales of crops compared to FY2019, as a significant yield of sunflowers harvested in FY2018 was shifted for sale in FY2019 instead. Correspondingly, cost of sales decreased 23.3% yoy to S$25.6 million for FY2020. Notwithstanding the above, the Group has been a beneficiary of rising global prices of agricultural produce, with gross profit rising 70.3% yoy to S$14.6 million for FY2020. This was mainly driven by a 41.5% yoy increase in gain from change in fair value of biological assets and agricultural products to S$9.2 million for FY2020.

#3 What are the key drivers of Don Agro’s growth over the medium to longer term?

The Group’s business is dependent on the amount of arable land available. Through the acquisition of arable land banks and other agricultural companies, we have expanded our total land bank to approximately 63,240 hectares, of which 51,200 hectares are arable land. We are also looking to acquire land which is near to our current area of operations or closer to ports in the Rostov region for ease of transporting our produce.

To ensure alignment with consumer trends, we will focus on products that are in high demand and more commercially viable such as wheat, sunflower and corn. The sale of wheat in the Russian domestic market has been strong due to the increased cost of imported agricultural produce as a result of the depreciation of the Russian Ruble. There is also a growing preference for wheat in Southeast Asia which has become the world’s top wheat importing region

#4 Having a “moat” is something many investors look for in companies they invest in. Can you share how Don Agro has a strong business advantage?

Don Agro has a competitive advantage in two areas, namely prime geographical location and an experienced team of executives with a clear vision.

Located in the Rostov region, one of the most fertile regions in Russia with stable and predictable weather conditions, our main operating division is approximately 220 km away from the Azov Sea and Don River international ports. This allows our customers, who are mainly traders and exporters, to save on transportation costs and, as a result, be able to offer higher prices for our crops. Our second operating division in the Volgograd region is also located close to key trading routes with the Middle East and Asia, opening up new market opportunities for us to sell our produce and drive sustainable long-term growth

The Group is headed by experienced industry executives with a clear long-term vision of Don Agro’s business objectives and growth plans. This is evident in its latest ventures which include branching out to produce organic produce as well as the acquisition of Volgo-Agro to expand its land bank. The Board and management team are also supported by operational leaders who have extensive experience in the day-to-day operations of crop fields, dairy farms and all other aspects of the business. Success in crop and dairy farming may be attributed to experienced, structured and hands-on farm management practices to maximise yields and produce high quality crops and raw milk.

#5 What are some of the key consumer trends you foresee and how will they hinder/drive the Group’s growth prospects?

As consumers are becoming better informed and mindful about the ethical and environmental impact of their food choices, there is a shift towards sustainable consumption. These include opting for organic alternatives such as certified organic wheat products due to rising health concerns about the harmful effects caused by chemicals and pesticides in non-organic produce.

According to Meticulous Research®, global organic food market has been forecast to reach S$272.2 billion by 2027 or expand at a CAGR of approximately 12.2%. In line with these trends, we recently launched a pilot project to cultivate organic wheat. We believe this is a step in the right direction as it will allow us to expand our suite of offerings, capture new market segments and ultimately generate new revenue streams. With expected higher margin and reduced used of fertilisers and pesticides, the sale of organic produce could improve our earnings resiliency and profitability over the longer term.

Editor’s Note: Some answers for this article were extracted from the SGX 10 in 10 series published on 11 May 2021 and have been republished with permission. You can read more on Don Agro on the SGX website.

The post 5 Things To Understand About Don Agro (SGX: GRQ), The First Russian Company To Be Listed On SGX appeared first on DollarsAndSense.sg.