Which is the BEST Hospitalisation Insurance Now?

The days of $0 hospitalization bills - thanks to your insurer picking up the costs - are over. Read more about the recent changes here, which covers what they mean for consumers as well as what I recommend doing.

A quick summary of changes include: 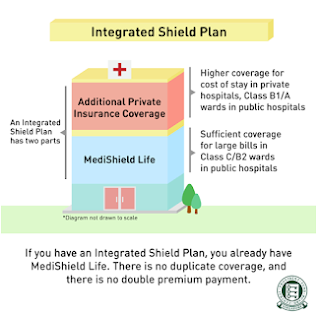 Today's article delves into Part 2, which explores the commonly-asked question of

Which is the BEST hospitalisation insurance?

Let me first burst your bubble by giving you the harsh truth - there's no such thing.

What even defines "the best"? Too often, people think that there is ONE insurer (or plan) with the best, but forget that "best" means different things for everyone.

For someone who is in poor health and always gets hospitalized, AIA's plan may appear to be the best because it offers the longest period (up to 13 months) of coverage against pre- and post-hospitalisation charges. But that benefit comes at a cost - premiums charged by AIA are known to be generally known to be among the highest in the market. Thus, for someone who is on a tight budget but wants to gets coverage for private hospital treatments, AIA's plan is unlikely to appeal to them.

Some parents prefer Aviva, because they can get a "family discount" for their children for up to 4 children if both parents are also covered under the same insurer.

Others who are in good health may have preferred Prudential, because it used to be the (first and) only insurer offering a claims-based pricing model i.e. discounted premiums in the following year if you did not make any claims this year. However, other insurers are also now starting to offer this, so the benefit is no longer exclusive to Prudential anymore.

Do you get my point?

The best hospitalisation insurance plan today may not remain as the best tomorrow.

Okay, so if you're not happy with the recent changes that your insurer has announced, you may be wondering if...

Should you switch insurers now?

If you're healthy, then you still have a chance to shop around for a better deal. Just don't forget that there's no guarantee that today's "best deal" will still remain the "best" in the years to come, so there's a chance that your old plan might appear to be "the best" in a few years down the road.

But if you have pre-existing conditions, then it might be better to remain status quo lest you lose coverage for some of your medical conditions if you were to switch. As always, check with your agent for more details before you commit to a new plan or terminate your old one.

But what if my insurer's panel of doctors are limited?

As this is still a relatively new arrangement, I expect that insurers will add more doctors to their panel over time. Hence, you may want to factor this into account before you jump ship just because one insurer has more doctors on their panel compared to your existing insurer.

Things may change in the future, and your insurer may bring on more doctors on board in order to appear more competitive and win over new customers.

How can I keep insurance costs low?

This is the biggest question on everyone's minds now. As healthcare costs rise, it should not come as a surprise that healthcare insurance premiums will also rise in tandem. After all, the two are positively correlated.

Your costs will definitely differ - depending on your choice of insurer, plan benefits level, and whether you add on any rider(s).

If you were curious, I got my agent to do a comparison for me recently and here's how the current premiums for someone aged 35 across the different insurers stack up:

Notice how the cash outlay for certain insurers are a lot higher - in this example, only those insured under AIA and AXA can continue to enjoy the premiums being paid entirely from Medisave. If you were to add on a rider, that cost can escalate even higher and faster.

It is also worth noting that some insurers generally rack up higher costs on their IPs due to management and distribution costs. I thought it was pretty interesting that while AIA gets paid 20% more premiums than Income (whether this is due to higher premiums on fewer policies, or more policies than Income, I have no clue) but has almost DOUBLE of its costs. What could that be due to? Hmm.

So if the cost of premiums are becoming too costly for you to sustain, you may want to consider either downgrading to a lower tier, eliminating unnecessary riders or even switching insurers (if you're still healthy). However, this is best discussed in detail with your agent who can help you understand the implications of doing so before you take any action.

Should I just cancel my private healthcare insurance?

If the costs are too much to bear, the good news is, most Singaporeans are already covered under a basic hospitalization insurance policy called MediShield Life. The question is, will that be sufficient for you?

Once you cancel your private healthcare insurance plan, you will no longer have the flexibility of going to private hospitals for treatments. You will have to go through the public hospital route, and be subject to their waiting lists.

My friend was recently in this situation, where his elderly father suffered a mini stroke and the doctors discovered several blocked arteries in his heart. As there was a chance it could lead to a heart attack (or another stroke), his family wanted him to be quickly operated on - in this case the solution was to insert a pacemaker and stents into his blocked arteries to allow blood to flow normally again. If they were to go through the public route, his dad would likely have been classified as a non-urgent case and be subjected to the usual queues and waiting list...in which case anything could happen in between. Because they had private insurance coverage, they decided they could not afford to wait and thus went straight to a specialist at a private hospital, where they got the surgeries done within 1+ week of the diagnosis.

Thus, it pays to supplement that basic coverage with an Integrated Shield Plan (IP) for that assurance while you're young and healthy, because hospital bills tend to be large, unexpected financial costs that can arise anytime.

What's more, if you wait until too late, you may no longer be able to get maximum coverage depending on your state of health later on.

My plan is to continue maintaining my private IP policy and pay until it becomes too much to bear. In the meantime, we are making efforts to stay healthy and also invest so that we can have spare cash for such emergencies that the highest tier / rider would otherwise cover us for.

Which Integrated Shield Plan should I get?

Ultimately, the "best" plan will be the one that (i) has benefits you value and (ii) can afford paying for the premiums.

So to answer this question, you need to ask yourself which benefits you prefer.

I recommend that you speak with a licensed financial advisor - ideally an independent one who isn't tied to any particular insurer and can thus give you a good comparison and recommendation across different insurers' offerings - to get a clearer idea of the pros and cons of each policy, so that you'll be able to make a more informed decision on which integrated shield plan is best for you.
However, do note that the best hospitalisation plan today may not be the best in the future.
Instead of going all out to search for "the best" or "the cheapest", your best option will be to pick the plan with the benefits that you're most willing to pay for.
Consumers don't have as much freedom when it comes to switching hospitalisation insurance plans because it is tied to your existing state of health. Thus, take note that the decision you make today could possibly bind you for the rest of your life (for as long as you keep your IP).
With love,
Budget Babe
Note: I am not a licensed financial advisor so please DO NOT DM me asking about your policy. All information provided above is for educational and informative purposes only and is not meant to serve as financial advice. In the event that you spot any factual inaccuracies, please let me know and I'll be more than happy to amend it if it is in the best interest of the public. If you're looking for advice, I suggest you seek out a financial advisor, or even multiple agents if you need a second opinion on your policies. All the best!