Coinbase: 5 Things You Need To Know About This Cryptocurrency Exchange Platform Before Investing In Its Stock 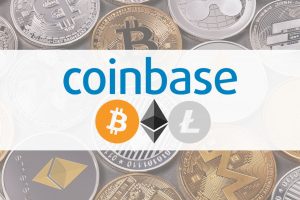 On 14 April 2021, Coinbase (COIN) listed on the NASDAQ to the tune of $85.8 billion valuation, based on the closing price of $328.28. This marked a watershed moment for cryptocurrencies as Coinbase is the first and currently the only public-listed company that is a pure-play into cryptocurrency.

As the price of Bitcoin continues its stratospheric rally and cryptocurrencies gain mainstream attention, investors looking to increase their exposure to cryptocurrencies may be interested in Coinbase.

Before you put your money into COIN, here’s what you need to know before investing in Coinbase (COIN).

*Figures quoted in this article were accurate as of 1 May 2021 and in US dollars.

Read Also: A Layman Explanation On What To Know Before Trading Cryptocurrencies Like Bitcoin & Ethereum

#1 Coinbase Is Mainly An Exchange Platform For Cryptocurrency

According to Coinbase’s SEC filing, Coinbase has 2.8 million monthly transacting users and 43 million verified retail users and 7,000 institutional accounts. The total value of crypto assets on the platform formed 11% of the total market capitalisation of crypto assets, as of 31 December 2020.

The current largest stock exchange in the world is the New York Stock Exchange (NYSE) with a market capitalisation of over $25.6 billion for all its listed companies. What most people may not know is that the NYSE as an exchange operator is also listed on the stock market under its parent company, Intercontinental Exchange (NYSE: ICE).

Interestingly, ICE had a 1.4% stake in Coinbase which it sold for $1.2 billion (a profit of $900 million) in April after the direct listing.

#4 Coinbase’s Revenue Is Driven Mainly By Bitcoin And Ethereum

According to their SEC filing, 96% of Coinbase’s 2020 revenue came from transaction fees earned from volume-based trades on their platform and trades involving Bitcoin and Ethereum comprised 56% of total trading volume on the platform.  While there are other services and revenue avenues that Coinbase is actively growing, these only form 4% of overall revenue.

This means that Coinbase’s revenue is closely tied to the price performance of Bitcoin and Ethereum. This is also acknowledged by the company in their SEC filing as one of the risk factors: “Trading Volume is directly correlated with transaction revenue and is influenced by both Bitcoin price and Crypto Asset Volatility” Together with its other cryptocurrency exchange peers, Coinbase faces the risk of regulatory controls that could disrupt its business model. Any governmental control can adversely affect the crypto markets and thus Coinbase itself. For example, a ban on the use of cryptocurrency payments from Turkey’s central bank triggered a fall in bitcoin price.

Being publicly listed also means that Coinbase is subject to tighter regulatory scrutiny compared to its unlisted competitors which could affect its competitiveness. For example, Coinbase suspended trading for Ripple (XRP), the fourth most popular cryptocurrency in December 2020, due to SEC investigations into Ripple.

Are You Buying Into Coinbase Or Into The Cryptocurrency/ Bitcoin Trend?

The key question investors have to ask themselves is whether they are buying into a company or into cryptocurrency. Given Coinbase’s current revenue generation, the company fortunes are tied directly to the rise and fall of cryptocurrency and more specifically to Bitcoin.

As an exchange operator, its valuation is already on par with the valuation of ICE, the owner of the largest stock exchange in the world. Yet, Coinbase is only drawing about 10% of the transaction volume of Binance, the largest cryptocurrency exchange. This draws question to whether this valuation is a sustainable one, especially when other cryptocurrency exchanges decide to list publicly.

If your investing motivation is to invest in cryptocurrency, aside from buying and owning cryptocurrencies directly, there are other listed companies that have bought into the cryptocurrency trend and hold significant holdings of bitcoin. For example, Tesla reportedly owns about $2.5 billion worth of bitcoin. Square owns about 8,000 bitcoins, worth about $450 million (about 5% of the company’s cash holdings) while also allowing users to transact and buy bitcoin on its peer-to-peer payment platform, Cash App. MicroStrategy owns about 90,000 bitcoin, about $5.5 billion worth and about 80% of its market capitalisation.

Read Also: 5 Digital Currencies You Can Invest In Besides Bitcoin (And Their Performance In 2020)

The post Coinbase: 5 Things You Need To Know About This Cryptocurrency Exchange Platform Before Investing In Its Stock appeared first on DollarsAndSense.sg.