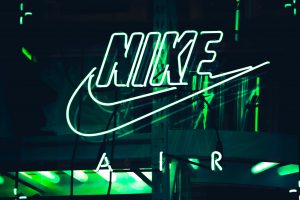 The war between Nike and Adidas has become akin to the modern-day equivalent of the battle between Zeus and Poseidon, each wanting dominion over the pantheon of the gods. When Nike, the company, was named after the Greek goddess of victory, there was no doubt in the founders’ minds whom they sought to emulate.

But did you know that once upon a time, Adidas was much bigger than its rival?

Adidas was started by Adolf Dassler in his mother’s house. He was joined by his elder brother Rudolf in 1924 under the name “Dassler Brothers Shoe Factory”. The turning point for the company was the development of spiked running shoes for multiple athletic events.

Adidas’ claim to fame came when Adolf persuaded U.S. sprinter Jesse Owens to use his handmade spikes at the 1936 Summer Olympics where Owens went on to win his record-breaking 4 gold medals. Following that, Adidas shoes became a mainstay throughout Europe for track and field athletes.

In 1949, after a breakdown in the relationship between the Dassler brothers, Rudolf formed Puma compete with Adidas. This started a ferocious rivalry that even tore the brothers’ city of Herzogenaurach, Germany in half.

Nike Came After But Both Have A Similar Claim To Fame

The company initially worked as a distributor for a Japanese Shoemaker Onitsuka Tiger. Bowerman made his first pair of shoes for Otis Davis who later went on and won two gold medals in the 1960 Summer Olympics.

Both Nike and Adidas were similar in their marketing approach, using partnerships and sponsorships of major athletes to boost their international standing.

Nike, however, was a lot more aggressive than Adidas in their marketing tactics, opting for huge ad campaigns like “Just-Do-It” to increase brand awareness and engagement.

In 1984, Nike teamed up with Michael Jordan to launch the famous Air Jordans, a series of sneakers built around the outsized personality and fame that the NBA superstar had, on and off-court.

This set Nike on a course to overtake Adidas as the biggest sports retailer in history.

At that time, however, Nike was a struggling brand selling running shoes with an idea to reinvent itself as a company for athletic stars, and Jordan did not want to work with Nike, but was pining to work with Adidas instead.

According to ESPN, it wasn’t so easy for the company to sign the then-budding NBA rookie. Nike reportedly offered Jordan $500,000 a year — in cash — for five years, hoping it could convince him to come on board.

After rounds of negotiations, Jordan decided to sign with Nike. Following the release of the famous Air Jordans, he began wearing the sneakers on the court. Nike took off as a brand as fans and the hip hop culture rallied around these sneakers.

The House Of Big Personalities (And Money) That Nike Has Built

Today, Nike’s “Just Do It” slogan sums up its brand statement as much as it sums up the big personalities and successful sportsmen and women that it represents: driven, competitive, forceful and direct.

The company makes no qualms about making bold (and even controversial) statements in its advertising and marketing campaigns, choosing to be confrontational rather than appearing meek. Athletes like Wayne Rooney, who at their prime were equal parts brilliant and volatile, were celebrated by Nike in its campaigns. 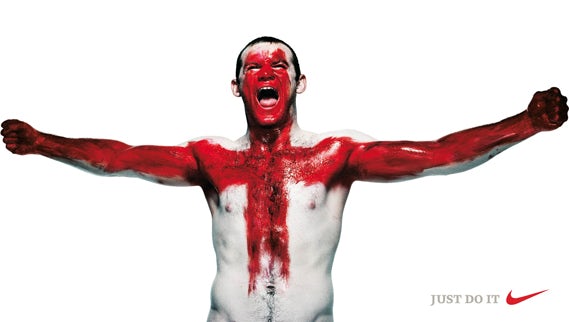 As its brand message started to resonate with people globally, Nike began to gobble up market share domestically in the U.S. and internationally. Its strategic sponsorship deals have also made their mark on global audiences. Here are some of the athletes Nike had sponsored:

Revenue Comparison: Nike Is Still Ahead

Nike is the larger business overall and the market leader in the global sports footwear industry with revenues from their footwear of over US$37.4 billion (S$49.7b) in 2020, compared to Adidas footwear revenue of €19.8 billion (S$32.64b). These figures include not only Nike and Adidas branded footwear but also Converse (owned by Nike) and Reebok (owned by Adidas).

Market Capitalization: Adidas Is The Laggard

Adidas demonstrated a stronger share price performance in 2019 as Adidas pulled away from Nike but Nike has since erased the gap from 2020 to 2021, outperforming Adidas on share price percentage gains.

Cultural Influence: Nobody Has A Monopoly On Collaborations

Adidas appears to be winning on this metric lately, having adopted a marketing approach that focuses more on streetwear and lifestyle sneakers through strategic collaborations with music and celebrity influencers such as Kanye West and Beyonce as compared to Nike’s more sports-focused approach.

With the athleisure trend of moving sportswear from the gym to the office, Adidas is betting that they can take even more of the market with this approach.

The man who knows about the Adidas/Nike rivalry more than most and has made a fortune collaborating with both is rapper Kanye West. Originally partnering with Nike to sell his Yeezy trainers—releasing three styles over a five-year partnership, Kanye made a shock announcement in 2014 in switching to rival Adidas over clashes in brand ownership and intellectual property rights.

The first Adidas Yeezys were launched in February 2015 and the partnership has gone on to become one of the most successful partnerships of all time.

Read Also: Why Are Adidas YEEZY Sneakers So Expensive and Popular (That Some Risk Breaking The Law To Buy Them)

3 Recent Collaborations That Have Contributed To Nike’s Edge

As each giant seeks to solidify its position in partnerships, you can look back into recent history to see some of Nike’s most successful collaborations and why it is currently still the number one among sportswear giants. Nike’s collaboration with Supreme started in 2002 when the two made the Supreme x Nike Dunk Low Pro SB. Supreme has made its mark on some of the most popular Nike shoes, such as the Foamposite in 2014 and the Jordan 5 in 2015.

Most recently the two brands have been collaborating and creating clothing, such as in 2018 when Supreme expanded its collaborative clothing collection with cotton twill overalls, flannel hoodies, and Nike logo polo shirts. 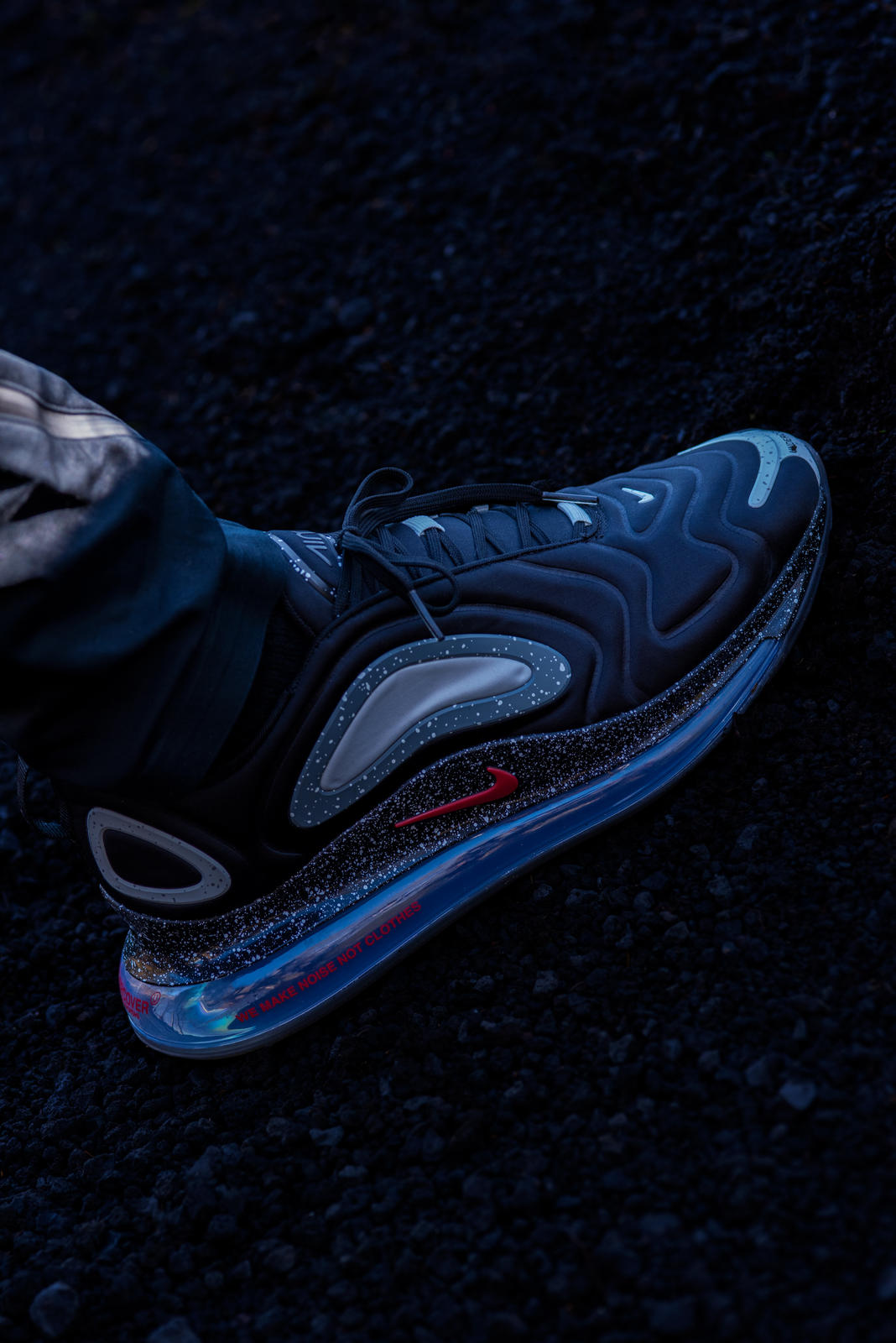 In 2010, Nike teamed up with Jun Takahashi, who is the founder of Undercover. The two created Gyakusou, which means “running in reverse”. Nike reached out to Takahashi the designer as opposed to his label because they were interested in his specific experience and passion for running.

Nike and Jun Takahashi have created a clothing collection, such as running shells and bottoms. The lightweight stretch jacket from this collaboration is now a brand signature.

The pair have also collaborated on footwear, but this was in part a collaboration with Undercover as well as Takahashi. This culminated in one of the most popular sneakers in recent history — the Air Max 720 (as seen above). 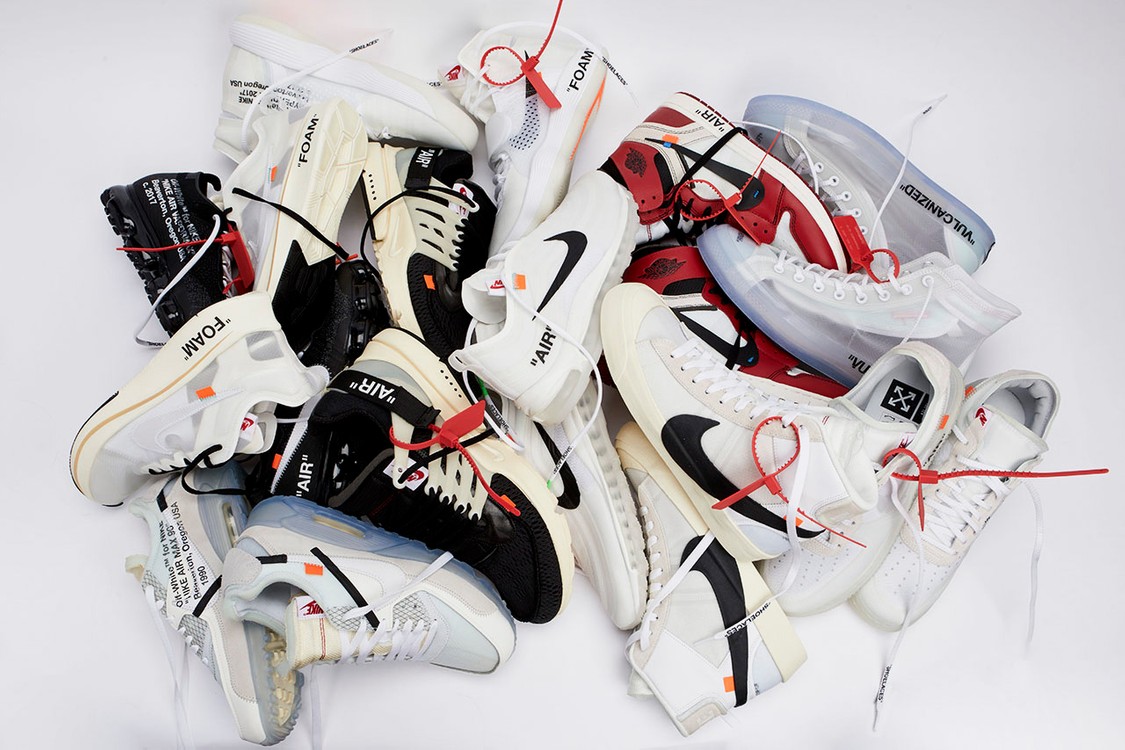 The founder of Off-White, Virgil Abloh, worked with Nike and created “The Ten”, which is possibly the most buzzed-sneaker collaboration in recent history. “The Ten” was released in 2017 and consisted of the reconstruction of ten silhouettes from Nike and Nike-owned brands (such as Converse and Jordan).

The release of “The Ten” was so successful that it encouraged Nike to release other silhouettes throughout 2018, such as the new Jordan 1 and Air Presto.

Nike will continue to grow as a brand over the next few years and has continued to outpace Adidas in terms of revenue and size. Nobody has a monopoly on consumer culture, however, and the future of sneakers will depend on how well Nike can cater to the changing tastes of an international audience that are more diverse.

For those who want to experience the power of the Nike tradition, you can visit the Nike e-store to find out the latest models and collaborations that Nike has.

The post Sneaker Wars: How Nike Eclipsed Rival Adidas Over The Years And Who’s Winning Now appeared first on DollarsAndSense.sg.