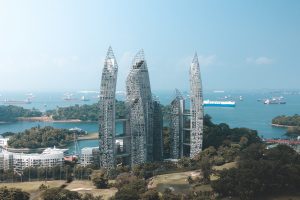 Yishun has always been appearing in the news of all the wrong reasons and that has resulted in a negative connotation amongst the general public. There are many social media accounts specially dedicated to record all the weird happenings that goes on in Yishun. Heck, Yishun was even featured in a Netflix show that was based on strange things. However, all that could just be part of a made-up phenomenon, driven by media coverage and confirmation bias.

When we look at the property scene in Yishun, we can see that this fear-mongering has not affected developers nor buyers. We have seen record land bids and many new residential projects in the last five years. One of the most talked-about and hyped project, is the North Park Residences – Integrated Development.

In this article, we look at whether it’s worth paying a premium for an integrated projected by comparing North Park Residences to two other developments in Yishun; another mixed-use development, Nine Residences,  and a pure residential development, Symphony Suites.

Read Also: Property In Singapore: What Are Mixed-Use Developments VS Integrated Developments

North Park Residences, which had a record land price bid at $1,077 per sq ft (psf) per plot ratio (ppr), was highly anticipated by investors given that it was the first residential project within an integrated development to be launched in 2015. Given the hot interest from buyers, the project sold out quickly with an average launch psf of $1,353.

We compared the average psf of the 1 – 3 Bedroom (BR) units over the past five years. The general trend has been moderately inclining since launch, for the two- and three-bedroom units. However, only the 1BR+study saw a decline of around 14% in 2017, before surging past the initial launch price by around 12% in 2019. Generally, the prices have appreciated around 15 – 20% over the five years since the launch. When launched in 2013, Nine Residences was the first mixed-use development in Yishun. It created a buzz amongst investors when the site was sold at a record $794 psf ppr.  The project, boasted to having only the second shopping mall apart from North Point and being situated in close proximity to the Yishun MRT station at around 800m. Both the retail and residential units were well received by investors and homeowners.

However, when comparing the price trends for the Nine Residences, the 1 – 3 BR units have remained largely flat compared to their launch prices in 2013. Only the 3BR units had seen a relatively flat curve throughout the seven years period with both the 1-BR and 2-BR seeing a slight decline of around 6-10% during 2017 – 2018. Nonetheless, the current prices are marginally above the launch prices. 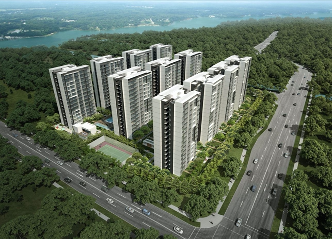 Not to be outdone by the other two projects which had record land bids, the land tender for Symphony Suites was sold in 2014 at $450 psf ppr. It was a historical high for a pure residential land tender in Yishun.

Amongst the three projects, Symphony Suites is situated the farthest from the Yishun MRT station and has to be serviced by a private bus ferry service. When launched, it was targeted to couples and HDB upgraders with the unit variations starting from 2-BR – 4-BR. The project was also attractively priced to be within an “Executive Condominium” range.

When we compare the price trends of the 2-BR and 3-BR, we see that unlike the mixed-use projects, Symphony Suites has a steeper upward trajectory and has rewarded buyers with a healthy price appreciation of around 10-25% in the last five years. From the above, we find that both the integrated development, North Park Residences and the pure residential project, Symphony Suites have both seen similar positive appreciation since launch. However, to answer if the premium paid for the integrated development was worth it, we have to look at the final chart, which shows the average price trends (average PSF based on total residential units) for all three projects compared to their launch price and the current price based on the last six months.

As a property investor, we would rather invest in a smaller quantum project if the appreciation potential is similar. Pure residential projects may also offer equal price appreciation potential, if not, higher than an integrated project. Hence, it would do us good to do our research in finding undervalued or high potential projects rather than blindly investing in high premium projects like integrated developments, which would certainly cost much more.

Read Also: A Mortgage Is Likely To Be The Biggest Loan You Take In Life. Here’s Why Many Singaporeans End Up Overpaying For It, And What You Can Do Instead

The post Is It Worth Paying A Premium To Buy A Condominium Unit In An Integrated Development appeared first on DollarsAndSense.sg.