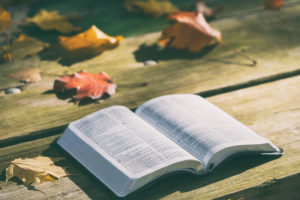 I remember the first time I picked up The Four-Hour Work Week by Tim Ferris.

I was in Kinokuniya during the summer of 2008. For those of you who’ve heard of it, you’ll know that it inspired a whole generation of millennials to aspire towards becoming a “digital nomad”: Having optimised schedules, successful businesses, and a hunger for the YOLO lifestyle of “experiences over stuff”.

After reading it, I got so excited that I convinced a few of my friends to start an online T-shirt business together. (I know, I’m cringing as I write this). It was a doomed venture from the start. After several months, a few thousand dollars and many hundreds of T-shirts piled up in my buddy’s storeroom, we decided to shut it down.

The Lindy Effect And The Problem With New Advice

Why did I fail at living out the dream of The Four-Hour Workweek?

Obviously, I didn’t have the skills and maturity needed to run a business at that time. But also, the advice wasn’t quite as easy as Tim had made it out to be. For example, Tim advocated using digital marketing to effectively target your niche, before drop-shipping your products to customers. But as more and more people jumped onto the bandwagon, it probably isn’t as profitable now as it was in 2007 when the book was first published.

The same problem applies to other parts of personal development as well. Strategies that once worked in money, business, investing, and career often become ineffective as the world adapts to them.

Does it mean that ALL personal development is useless? Of course not. There are some strategies that have stood the test of time. Think about Dale Carnegie’s classic How To Win Friends & Influence People and Ben Graham’s The Intelligent Investor. Think about the how index investing and face-to-face networking continue to be effective despite the changes in the economy and technology.

In the book Antifragile, Nassim Taleb calls this the Lindy Effect, which states that the future life expectancy of a non-perishable thing (like a technology or an idea) is proportional to its current age. So a book that has been published a month ago should only be expected to last another month; while one that was published fifty years ago (and is still successful today) should be expected to last another fifty years.

What if we extend this logic beyond just self-help books?

Think about classics such as Homer’s Iliad, Shakespeare’s Romeo & Juliet, and C.S. Lewis’ Chronicles of Narnia. These continue to be celebrated hundreds of years after they were published precisely because they contain certain truths that are deeper and more nuanced than any self-help book. I’ll bet that reading The Lord of the Rings will teach you more about greed, hubris, self-sacrifice and duty – and hence more about yourself – than Tony Robbins’ latest motivational seminar.

Why The Bible Should Intrigue You

Well, let’s extend that logic even further. What is one of the oldest collections of wisdom in the world, which has outlasted dynasties, persecutions, wars and kingdoms? The answer: The Bible.

You might have heard of professor Jordan Peterson, who recently exploded onto the world stage with a YouTube series on the psychological significance of biblical stories. Despite not being a Christian (or at least, not in the strictest sense of the word), he has this to say about the Bible:

This is a book which has guided the lives of billions of people for over two thousand years. It has sparked revolutions, given hope, and changed lives. There are estimates that 100,000 Christians are martyred for its teachings every year. The epics of Hercules are wonderful stories, but I don’t know of anyone who has died for them, do you?

Even if you’re an atheist who doesn’t believe in God, the Bible’s sheer longevity and its enormous impact on mankind should give you some reason to be slightly intrigued. Regardless of your views about religion, I’d invite you to have an open mind about the wisdom that lies within the pages of this wonderful book.

But Isn’t The Bible Just Fiction?

Here’s the typical objection to the Bible: “How can we take seriously any book that claims that the earth was created in 6 days?”

The word Bible comes from the Greek word “biblia” which simply translates to “book” or “the books”. The Bible isn’t a book, but is in fact a collection of 73 different books (66 in the Protestant canon) from many different authors, times, literary styles, and forms: History, poetry, philosophy, letters, practical advice, songs, laws, prophecy, and much more.

The Book of Genesis – which has two different accounts of the creation of the world – isn’t written as a historical, scientific account. That simply wasn’t the authors’ intention! For example, the Hebrew word for “day” (“yom”) found in Genesis (e.g. “And there was evening and there was morning, a second day”) could also refer to an unspecified period of time instead of a 24-hour period, just like how you would say, “During my grandfather’s day…”.

Although Genesis doesn’t contain a literal account of history, it contains deep, deep truths about why humans were created (note: science can answer the “how”, but certainly not the “why”), what we are meant to become, and why human nature is the way it is. We need to go beyond our kindergarten understanding of these Biblical stories to understand the deeper truths behind the stories.

We also need to expand our notion of “truth”. Would you dismiss George Orwell’s Animal Farm just because it’s about a bunch of talking animals? Or would you see it as a commentary of the deeper truths about politics, communism, and human nature?

And we’re only at the first book! When you go beyond a superficial reading of the Bible, you’ll begin to mine the wonderful, timeless, and sometimes even practical advice about how to live and thrive.

The Start of a New Series

Why am I writing about this?

For years and years, I’ve always been focused on self-development on this blog: On money, business, social skills, career, and so on. I hope that it’s been useful for you, and I still want to continue writing about it. However, there’s always been something missing for me within these topics – there’s often a kind of shallowness and superficiality that I can’t put my finger on.

For the whole of 2018, I’ve been attending classes on the Bible and salvation history, and through them I’ve discovered a huge wealth of richness that’s way beyond what I’ve read in any personal development or business book.

Is the Bible simply a personal development or practical wisdom book? Of course not – it has elements of that, but it’s also so much more. At its very core, it’s a love story: A story of how God relentlessly loves His people. It’s also a story of hope: That your life has a deeper significance and greatness than you could ever imagine.

But let’s pause for a second. I’m not a theologian, but I’d like to help make the Bible applicable to as many people as possible, even if you’re not a Christian. I think a good place to start would be to help unpack some of the timeless, practical wisdom from the Bible. Because you can learn a great deal from it – if you only knew where to look:

To be honest, I don’t have everything nicely planned out yet. These are just some of my random ideas. But I’ll start writing, and let’s see where this takes us.

I hope you’ll join me for the ride.