Why Does Coca-Cola Light Cost More Than All The Other Coca-Cola Flavours?

Coca-Cola, or Coke, is one of the most popular drinks on the planet, enjoyed by people from all walks of life and nationalities.

Warren Buffett, the world’s most famous investor, has been known to down five cans of Classic and Vanilla Coke a day. He even joked that he was “one-quarter Coke”, since Coke such a large part of his daily diet. Incidentally, his company Berkshire Hathaway is Coca-Cola’s largest shareholder, owning 9% of the company.

United States President Donald Trump is a big fan of Diet Coke, reportedly downing up to 12 cans per day. Within the first 100 days of his Presidency, he even installed a red button on his Oval Office desk that summons a butler to serve him a glass of Diet Coke.

Over the years, the Coca-Cola company added various flavours to their offerings. Today, you can buy Coca-Cola Light, Coca-Cola No Sugar (formerly known as Coca-Cola Zero), Coca-Cola Max, Coca-Cola Vanilla.

Read Also: What Grocery Shopping Can Teach You About Investing

Interestingly, you will notice that Coca-Cola Light is consistently priced higher compared to regular Coca-Coke and other Coca-Cola variants.

For example, here are prices on NTUC FairPrice Online: 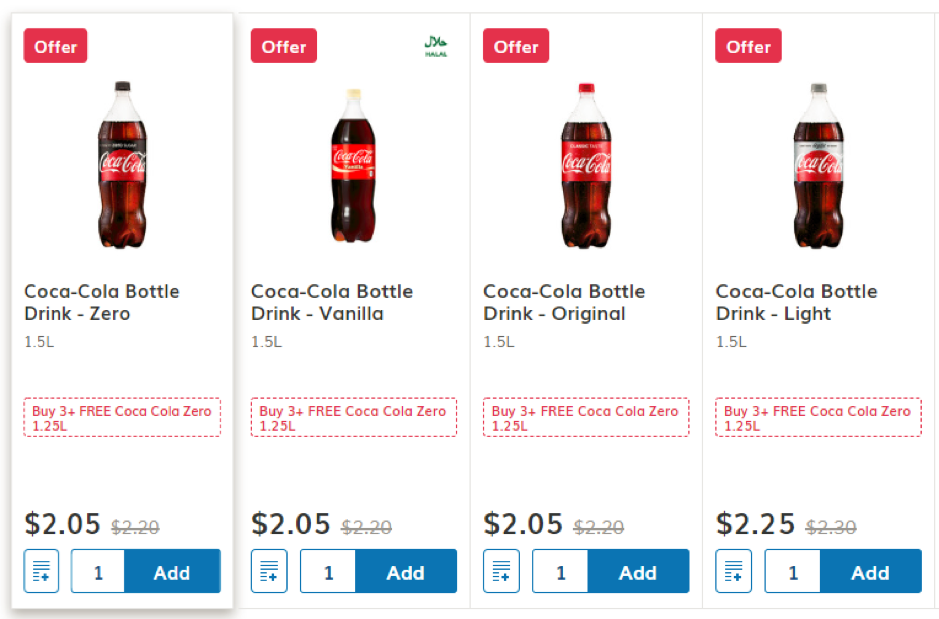 The same is true for Cold Storage as well: 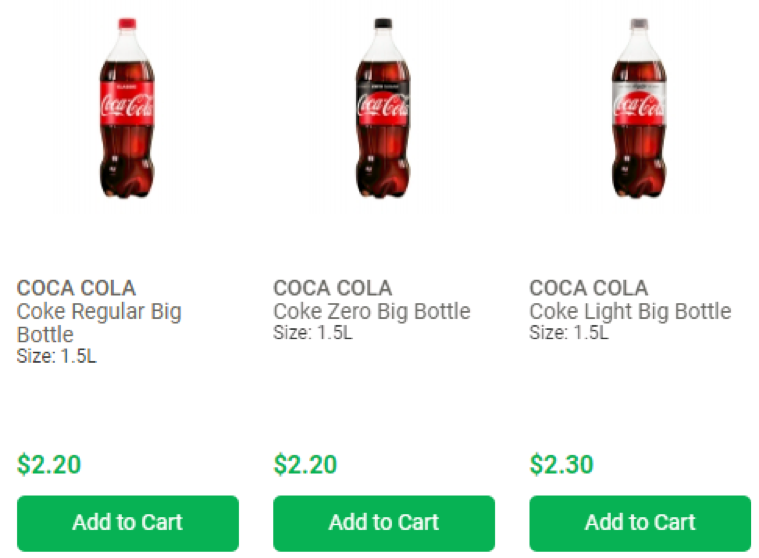 This leads to the natural question: What is so special about Coke Light that the Coca-Cola company specifically charges more for it? The answer is a fascinating combination of economics, human psychology and branding.

It Is Not The Cost Of Production

Coca-Cola states that Coke Light and Coke Zero use the same sweeteners but have a different flavour base. With generally similar ingredients, any cost difference is negligible.

Almost all of the Coca-Cola drinks sold in Singapore are made and bottled locally using similar bottling and packaging, so bottling and distribution costs should be similar as well.

As for research and development, these costs are usually amortised across the entire company, and it does not explain why newer flavours like Cola-Cola Vanilla or Coca-Cola Max are not similarly priced higher as well.

Read Also: Investing In Companies That You Can See Around You

What Explains The Price Discrepancy Then?

Coke Light is marketed as a drink delivering the same great taste of Coke while being sugar-free, which is better for health. As a premium product offering unique benefits, pricing Coke Light higher is logical.

For marketing, Coca-Cola typically runs global marketing campaigns that focuses on brand-building, which benefits Coke products across the board.

On the other hand, since Coke Light targets the health conscious crowd in particular, specific marketing messages need to be crafted and transmitted to the desired market segment. This could entail product endorsements, ad placements and campaign messages that are unique to Coke Light.

It is not hard to see why per-unit marketing costs for Coke Light would be higher than Classic Coke or the other Coke variants.

Something is only worth what someone else is willing to pay for it. The fact that Coke Light prices itself above regular Coke means that there is indeed a segment of consumers who are willing to pay the price premium.

For those who are health conscious, they do not have much alternatives to Coke Light. So this means that Coke Light has a loyal following that are less price conscious and will not stop buying Coke Light, even if it costs up around 10% more than other Coke variations.

Classic Coke has plenty of competition, since virtually any soda in the supermarket aisle is competing for a spot in a shopper’s basket. Coke Light on the other hand, faces less competition in the niche ‘healthy’ soft drink market it has carved out.

The (Coke) Light At The End Of The Tunnel

In light of the above factors, it is easy to see the logic of why Coca-Cola charges more for Coke Light. This pricing strategy has seemed to work for Coca-Cola so far.

In the UK, the introduction of a sugar tax in April might change things for Coke Light lovers. A two-litre bottle Coke Classic saw its price jump by 48 pence ($0.86), while Coke Light and Coke Zero were exempt from the tax. This ‘sugar tax’ means that one day, Coke Light, Diet Coke and Coke Sugar Free might be cheaper alternatives to Coke Classic.

Closer to home, Singapore policymakers are monitoring closely at the effectiveness of these ideas, as we continue to ramp up the “war on diabetes”. Coke Light’s days of being priced at a premium compared to Coke flavours might soon come to an end.

Read Also: Living With Diabetes: What You Don’t Know And How To Manage Them

The post Why Does Coca-Cola Light Cost More Than All The Other Coca-Cola Flavours? appeared first on DollarsAndSense.sg.