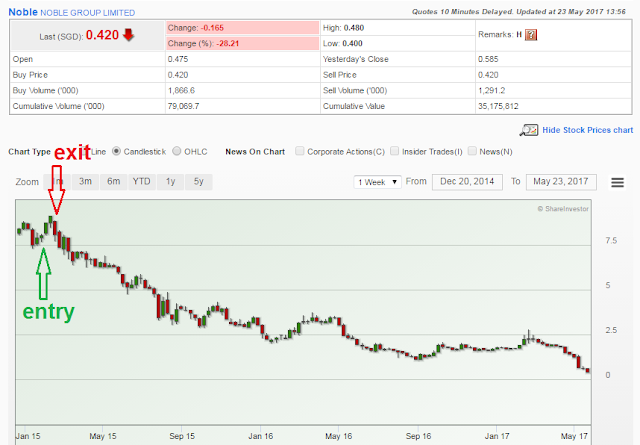 As some might know, I was actually a Noble shareholder, but I exited once I could verify the Iceberg report against them.

In fact, I actually made profits with Noble. A decent 3.4% for a month. Annualized is 50%, but that doesn't really matter, hehe. If you had cut loss in March 2015 after my post, eating a 15% loss then compared to what has happened now isn't that bad, right?

Even coming out in June 2015 when the next Iceberg report and Muddy Waters news would only be a 30% loss. That was the post where I called out Noble being a value trap.

As an investor that identifies himself as a deep value investor, it's times like this that really help me hone my craft. Being able to spot between value traps and discounted stocks is the main thing that determines the success of a value investor. Noble looked, smelt and tasted like a value trap to me. It has so far proven itself to be even more of a bad investment than I had thought.

(Coincidentally, this was the exact same time when I was buying into Super Group after its share price had slowly dwindled over 60%)

I think an interesting point to note is that Noble was part of the STI all the way until 21 March 2016, after losing about 70% since the Iceberg report about it came out. It took the STI more than a year to figure out at Noble was a risk and remove them from the index. So much for outsourcing stock picking to indices and let them decide the constituents, eh?

Today Noble is crashing due to the downgrading from B+ to CCC+. Basically it has moved from "junk" to "very junk" territory. Noble is down 28%, but trading has been halted. I wouldn't be surprised if everyone is grabbing anything they can and jumping off the ships. Speaking of ships, I would advise against blinding going in just because price has fallen, ie. "doing a Rickmers". We all know how that turned out, right?

"All I see is a bad company becoming even cheaper and cheaper. I don't see anything currently that can give it's share price support and form a price floor. What's stopping it from going to zero? Maybe it can turnaround in the future, but buying things that aren't obvious is gambling in my view, which is why I cannot wrap my brain around growth investing.

I'm going to stick my neck out here and call Noble a value trap. Maybe it is, maybe it isn't. I don't have to be invested in it to have front row seats to watch how this show ends." - GMGH, Jun 15

Are things going to start getting more exciting from here on out? Would there be contagion? What are the fall-out effects if Noble fails? What's the impact to Singapore, and the local economy and stock market?

GMGH, your favourite financial asshole, patiently awaits for all hell to break loose and for there to be blood on the streets. Or as your favourite unker Warren would say, to be greedy when others are fearful. 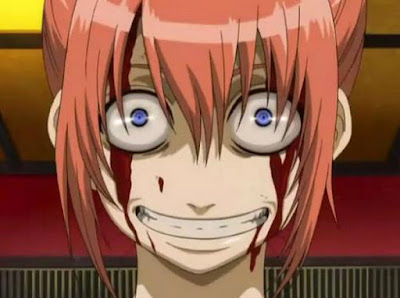