Will Trump’s Policies Result in a Stock Market Crash?

Last week, the Business Times published a great article - Markets are underestimating the risks of accelerating inflation written by Neil Behrmann - which I thought was worth a second look.

In the nutshell, the author believes that there will be rapid inflation coming our way, especially with Trump's policies, and that this could be a sign of an impending market crash. 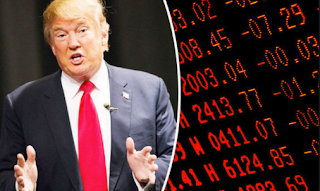 I quote some parts of the article which I thought was worth sharing here (in dark grey). For those of you familiar with macro economics, you might find some of these familiar:

RISKS of accelerating global inflation have been widely underestimated.

The main inflation worry, however, is the US, still the main motor of the global economy.

It doesn't take take a mathematical wizard to calculate that threatened tariffs on imports from China, Mexico and some other parts of the world will raise prices for businesses and consumers.

Trump is looking at vast expenditure on infrastructure. Although this will take place over several years, construction companies will buy more steel, cement, metals and other materials. Since Trump protectionism could have downside implications for China's economy, its government may also decide on infrastructure projects to keep growth and employment stable. The result would be a rise in the demand for raw materials, which would raise prices and encourage speculation that would increase the global cost of these commodities even further.

Those who are sanguine about US inflation contend that the Federal Reserve Board would raise interest rates, and bond yields would also rise. This in turn would lead to appreciation of the US dollar, which would counter higher imported inflation. If that were to happen, Europe and Asia would experience more inflation because of the depreciation of their currencies. Moreover, a rise in the dollar could limit US overall price increases by only a small extent as global commodities and technology are priced in US dollars.

Inevitably, inflation would bring in its wake higher short- and long-term interest rates that could precipitate a slide in bonds, stocks and real estate. The decline could lead to recession.

Will the market go into a recession? Will stock prices plummet soon?

I don't know, for I cannot predict the future. But amidst all these uncertainty I will continue to stick by these 2 principles of mine:

1) Do not be fully invested; keep cash handy so that if the crash does come, I'll have the money to capitalise on it.

2) Invest in fundamentally-sound counters and park my money only in those trading at a discount to their valuations. 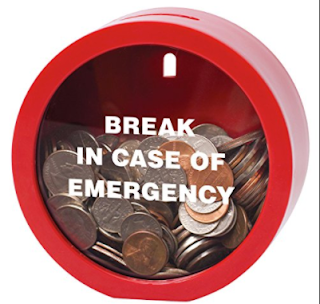 How to know what, or when, to invest?

I usually conduct two types of analysis whenever I study a stock to decide whether it is worth my time and money investing in - qualitative and quantitative analysis.

If you're a value investor, you'll probably know, and even apply, this term called "intrinsic value" (a.k.a. fundamental value). One of the most common ways value investors determine the right time to enter the market is to determine the "intrinsic price" or the value of the company's stock based on fundamental analysis. This has nothing to do with what price the stock is trading at now, nor does it account for price movements in the stock. For instance, a value investor who believes the stock is intrinsically worth $5 will buy when the price is less than $5.

A few of you have emailed me recently asking about what I did to pick up investing skills when I first started, so I thought I'd also share them here! Aside from reading lots of books and finance blogs, I also attended a few investment courses including those organised by SGX, BigFatPurse, The Fifth Person, 8i Education, Ein55 (Dr. Tee). Almost attended a course by WealthMastery when I saw their ad on Facebook, but I stopped after learning that they plagiarized an article from someone else (eeks!).

My favourite courses were the ones I found most value-for-money, based on two simple criteria I had:
(i) It has to give me either a method / step-by-step approach / tool / formula that I could immediately apply once I finished the course, such that I could technically apply it the next trading day and buy a stock right away based on the knowledge I learnt.
(ii) The trainer is someone whose investing skills / track record is one that I'm impressed with.

Here's my all-time favourite list of investment courses at the moment (may update this when I attend more courses in the future and come across something good) - those that I would highly recommend to anyone, especially if you're a beginner:

What do you guys think? Are we heading for a crash in the near future? If we are, are you well equipped to take advantage of the crash in the financial markets?