Watch out for the Leverage Unwinding in 2021’s Markets

If you’ve been scratching your head over how 2021 has been shaping up thus far – what with the Gamestop-Reddit short-selling saga, the dizzyingly fast collapse of global finance firm Greensill Capital, and now Archegos Capital. 2021 has barely begun but we’ve already seen 3 major leverage unwinding events unfold thus far, and could there be more to bet?

Perhaps, and I won’t be surprised if they are. 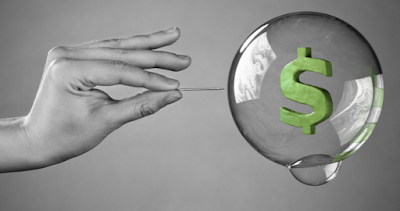 How did leverage kill 3 companies?

For those of you who have been confused (or haven’t been following the news), I’ll do a quick summary of all 3 sagas.

A classic David-vs-Goliath plot that was started on Reddit, gathering the masses to target hedge funds who shorted the struggling retailer (the company was the second-most-shorted firm out of more than 6,000 companies listed on NASDAQ and NYSE). Led by Youtuber “Roaring Kitty” (or “DeepF*ckingValue” on Reddit, whose real identity is former trader Keith Gill), Redditors spelt out a detailed plan ver the course of several months to buy up GameStop’s stock and push up the price, which would punish the hedge funds and force them to cover their position by rushing to buy back shares, which would then push up the stock’s value even more (aka a “short squeeze”). The company’s stock price went from ~$40 to almost $400 in a matter of days, creating hordes of day-trader millionaires and extinguishing billions of dollars of bets against the firm placed by institutional investors.

The appeal for the Redditors? Sticking it to the “evil” hedge funds and getting rich. Well, both happened. One hedge fund, Melvin Capital Management, lost at least $2 billion, while “Roaring Kitty” is now estimated to have made more than $13 million on his GameStop investment. Unfortunately, Keith Gill is now being sued for securities fraud, dragging his former employer MassMutual into the mess, and investigations are still underway.

The $3.5 billion company with 16 offices around the world (including in Singapore) filed for liquidation when it failed to secure the insurance to back $4.6 billion it was owed by businesses around the world. Note that the company (or Mr. Greensill himself) was held in such high esteem in the finance world that he reportedly helped Prime Minister David Cameron’s government set up a supply chain finance program in 2012, and claimed to have done the same for President Barack Obama in the United States.

The company offered “supply chain finance” solutions – a traditional form of lending which Mr. Greensill added an extra layer of complexity, by turning supplier invoices into short-term assets and put them into funds (similar to money market funds) for investors to buy. The money from investors helped to pay back the suppliers, and by shuffling around the risk (pushing some of it onto investors, insurance companies and other financial firms), Greensill’s business model has echoes of the asset-backed securitization that was at the heart of the 2008 financial crisis.  Its dazzlingly fast failure marks one of the most spectacular collapses of a global finance firm in over a decade.

How did Bill Hwang, a troubled trader who was charged by the SEC in 2012 for insider trading and manipulation of Chinese stocks, quietly amassed $10 billion of wealth under his new family office and grew to become bigger than many hedge funds by 2020?

By using total return swaps, which are contracts that gave him the upside associated with a stock investment without actually owning the securities. By leveraging his portfolio in this way, he was able to increase his positions without having to put up too much of the capital required to buy them. Archegos goes to the investment banks and buys a derivative against the stock that he wants to own, and if the price of the stock goes up, the bank will pay him; if the price of the stock goes down, then Archegos will have to pay the bank. On the back-end, the investment bank will generally purchase the underlying stock in order to hedge their position (so it is them who owns the stock and NOT Archegos).

But Archegos’ exposure to momentum stocks like ViacomCBS, Discovery and GSX Techedu started to work against it as the shares of some of its concentrated positions, like GSX Techedu, declined almost simultaneously in recent weeks. This triggered margin calls, which led to the investment banks (Goldman Sachs, Morgan Stanley, etc) being the first to run for the gates by selling their shares, which caused the stock prices to plummet even further. (Imagine somewhat of the opposite of the “short squeeze” that hit GameStop.) Other investment banks who were late (Credit Suisse, Nomura) were left holding the losses. 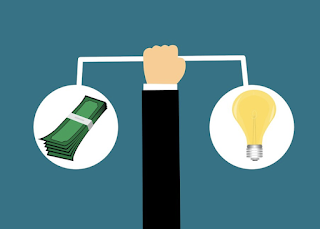 What will happen next?

3 major leverage unwinding events in just 3 months alone, and the year isn’t over yet.

I’m not the only one who’s watching the leverage – even the Chinese government is becoming concerned, and is using this chance to deleverage after its economy accumulated much of its record debt after the global financial crisis in order to avoid the same fate of financial slumps that ravaged the West.

Amidst all these, macro risks like rising Treasury yields, interest rate volatility and a steepening yield curve are fast playing out. I’m not an expert in studying them, but we’ve all seen the impact they can have on the markets and causing stock prices to plummet in a matter of days.

Given how leveraged so many companies (even governments) are these days, I won’t be surprised if more of such incidents start to unwind. The fragile systemic risks are starting to play out, and all it’ll take is just one major catalyst for it to come crashing down. Who knows what, or when, that will be?

No one knows what’s going to happen to the markets tomorrow.
But in the meantime, I know my strategy and what I’d do if an opportunity presents itself, and I hope you do, too.
With love,
Budget Babe 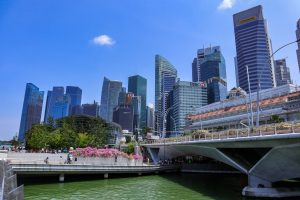 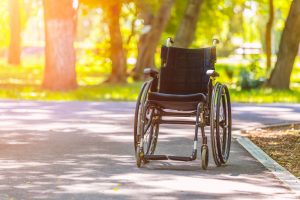 With Care Secure, policyholders can claim a monthly payout if they are unable to perform 2 ADLs instead of the usual 3 ADLs.

Here is a safe way to save your money that you have no idea when you will need to use it, or your emergency fund. …

The latest sparring between Singapore Medical Association (SMA) and insurers came after Ministry of Health (MOH) banned the sale of new Integrated Shield Plan (IP) with full rider on 7 March 2018. What riled many Singaporeans was the manner in which the policy was implemented. To prevent people from rushing to buy full riders, those buying a rider from 8 March 2018 had to switch to the new scheme by 1 April 2021 at the latest. Back then, MOH has not mandated any change to the 1.1 million policyholders who have full riders.

I am one of the 1.1 million policyholders who have full riders. When MOH announced that new Integrated Shield Plan (IP) must come with the co-payment feature, I feared that the insurers would do the same for existing policyholders. Indeed, my worst fear came true on …

The latest sparring between Singapore Medical Association (SMA) and insurers came after Ministry of Health (MOH) banned the sale of new Integrated Shield Plan (IP) with full rider on 7 March 2018. What riled many Singaporeans was the manner in which the policy was implemented. To prevent people from rushing to buy full riders, those buying a rider from 8 March 2018 had to switch to the new scheme by 1 April 2021 at the latest. Back then, MOH has not mandated any change to the 1.1 million policyholders who have full riders.

I am one of the 1.1 million policyholders who have full riders. When MOH announced that new Integrated Shield Plan (IP) must come with the co-payment feature, I feared that the insurers would do the same for existing policyholders. Indeed, my worst fear came true on …

Happening on the 15th and 22nd May 2021, REITs Symposium is into its 7th edition. Across 2 days, we will unveil the developments and opportunities in the REITs Industry. Gain insights into Singapore REITs, and engage with a panel of speakers which include REIT CEOs. Register for free now!     Technical Analysis of FTSE […]

Some think that the max pain scenario is for the crypto “lucky” / “arrogant” like myself to get rekt and have their networths plunge -80% after this irrational crypto bull run is over.”To teach them a lesson in what REAL proper investing is”, so t…

8 things I learned from the 2021 Parkway Life REIT AGM

The post 8 things I learned from the 2021 Parkway Life REIT AGM appeared first on The Fifth Person. 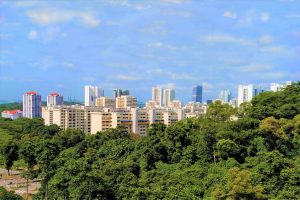 BTO sales launch for Bukit Merah, Geylang, Tengah, and Woodlands. Expect an increased wait time of about 4 to 6 years.