What Happens If You Find A Winning TOTO Ticket? 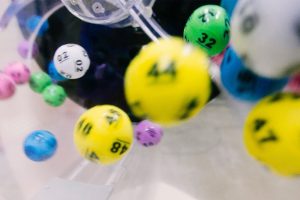 This article was first published on 20 February 2019 and updated for the TOTO Hong Bao Draw 2020.

With the upcoming annual Hong Bao Draw taking place on 7 February 2020, there will inevitably be a buzz of excitement from Singaporeans looking to become overnight millionaire, and perhaps even some entertaining the (false) hope that they can throw in their resignation letter the following Monday.

We agree that it might be fun to purchase “hope” (and we will probably be among those who buy a ticket ourselves), it is also true that Singaporeans will probably start their year better by abstaining and thus not losing money. Here’s why.

Of course, it’s much easier to win at the lower price Group for TOTO. If you buy a single ticket, the chances of you winning something is about 1.9% (1 in 50).

But what happens in the even more improbable event that you find a winning TOTO ticket? What happens then?

Though this is an incredibly improbable event – and a quick Google search reveals no prior incident that has happened in Singapore – Singapore Pools is pretty clear about what would happen in such an incident. Some overseas incidents as well as a police report made against a maid who won $2.3 million in the Singapore Sweep in 2015 also shed some light on what could potentially happen.

First, let’s look at what Singapore Pool says about such an incident.

My winning ticket has been stolen. Can Singapore Pools withhold prize payment to stop someone else from claiming it?

Under our Game Rules, we have to honour prize payment to whoever presents a valid winning ticket. Hence, we cannot withhold prize payment as and when someone furnishes us with a Police Report on the purported loss or theft of his/her tickets.

Also, to uphold our strict information security standards, staff are not allowed to review or extract transaction records as that may compromise the integrity of our system. The only time we will access the system is to comply with a Court Order or as required by the law to assist Police investigation.

What happens if a person tries to claim the prize with a ticket that does not belong to him or her?

Our tickets are bearer tickets, which means it is like cash, regardless of any marking or writing on it. We are not responsible for ascertaining whether a lottery ticket held by someone could belong to another person. Under our game rules, we shall honour prize payment to the holder of the valid winning ticket within the 180 days’ claim period.

Based on what Singapore Pools say, one could be forgiven for thinking that finder keepers approach towards winning TOTO tickets applies. However, this isn’t really the case.

A bearer ticket basically means that whoever holds the ticket will be entitled to the prize. This also means that a winning ticket, held by an individual, is like cash. It’s is technically yours, if you hold it. But what this also means is that if this is found to not be legally yours, you may be considered as committing a crime (i.e. theft).

To understand, think of this as no difference in finding random cash on the streets which has happened before. Some individuals, like Mr Jake from Prestige – Moving Services, did the right thing by returning $50,000 in cash to its rightful owner while helping a customer with moving.

Others such as this lady stumbled upon a wallet and did the wrong thing by pocketing the cash of $20,602 and then trying to cash in a cheque for $6,220. She was subsequently jailed for 14 weeks for dishonestly misappropriating a total of $26,822, and trying to bite the right hand of a police officer.

In other words, trying to cash in the winning of a TOTO ticket that you found could be considered theft, even if you had no intent of stealing if from someone else in the first place. Of course, you may not get caught – if nobody files a police report, but this doesn’t make it right.

Maid Who Was Accused Of Stealing A $2.3 Million Singapore Sweep Ticket

In 2015, it was reported that a maid who won the $2.3 Million Singapore Sweep was accused of stealing the ticket. This was after an unnamed individual lodged a police report, claiming ownership of the winning ticket and insisting that it has been stolen. The police froze her account during the investigation. Subsequently, she was cleared of the allegations.

Though no wrong doing was found in this incident, it acts as a timely reminder that if a police report were to be lodged, the police will investigate the case. In the event that it is found that you found the TOTO ticket, instead of buying it, then not only will you be unlikely to be able to keep the winnings, but you may also face other consequences.

To sum it up, finding a winning TOTO ticket, or any other type of lottery ticket, is similar to finding cash that do not belong to you on the street. If you take it and cash it in, you could be consider as committing theft.

While you may be able to claim the winnings from a winning TOTO ticket, but the money would not technically be yours.

The (only) right thing to do in this case. Return your winning TOTO ticket to Singapore Pools.

Read Also: Holding A $3 Million Dollar Winning TOTO Ticket? Here’s What We Think You Should Do With The Money

The post What Happens If You Find A Winning TOTO Ticket? appeared first on DollarsAndSense.sg.